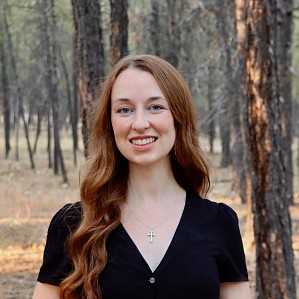 Emily has been Orthodox since she was five years old and active in the pro-life movement since she was a teenager. Her diverse involvement has included pregnancy center outreach, sidewalk advocacy, community organizing, campus activism, and parish ministry. As the former West Coast Regional Coordinator for Students for Life of America, she trained hundreds of students to effectively bring the pro-life message to their colleges and high schools. Emily has also been a professional grant writer and holds a decade of experience in the non-profit sector. 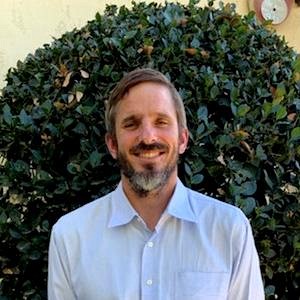 John converted to Orthodoxy as a child along with his family during the large-scale conversion of the Evangelical Orthodox Church in 1987. He holds a Business Degree in Finance and Marketing from the University of Colorado. After working in commercial real estate for 8 years, John moved into technology sales and is now a Senior Sales Executive with Titan Telecom International. He is married with five children, and is active in his parish, where he serves on the parish council and as co-chair of the Greek Festival committee. 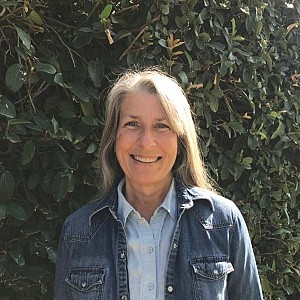 Tamela Yelland joined the Orthodox Church with her three children in 1996. An active member of her parish, Tamela has led its Sunday school program and currently serves on the parish council. She also serves on the board of St. Barbara Monastery in Santa Paula, California. Tamela holds an M.A. in Theology from Fuller Seminary and a Ph.D. in Clinical Psychology from Fuller Seminary School of Psychology. She works in cancer research for a university health system. 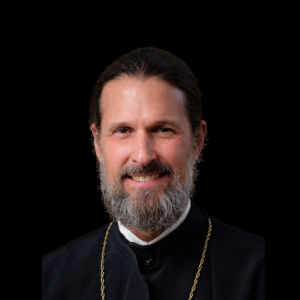 Father Josiah is the pastor of St. Andrew Orthodox Church in Riverside, CA. An acclaimed speaker, writer, and leader on family issues within the Orthodox community, he has authored books including Marriage and Virginity According to St. John Chrysostom. He is the founder of Patristic Nectar Publications, a company dedicated to “nourishing the spiritually thirsty with the sweet teachings of the Holy Fathers” through audio lectures and video content. Fr. Josiah’s homilies and theological reflections can be heard on the Arena podcast at PatristicNectar.org or on Ancient Faith Radio. 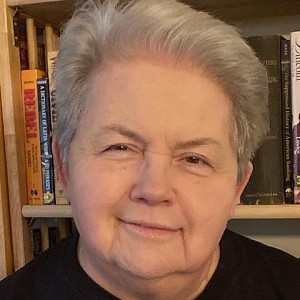 Matushka Valerie was a founding member of Orthodox Christians for Life when it was originally started in 1986 by her husband, the late Dn. John Protopapas. At that time she served in the role of Educational Director, giving parish talks and writing numerous articles for the organization’s newsletter along with pieces featured in Orthodox publications. Mat. Valerie is also an independent historian of the civil war era and author of A Thousand Points of Truth: The History and Humanity of Col. John Singleton Mosby in Newsprint. 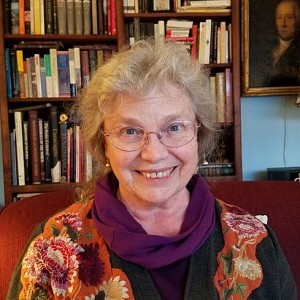 Frederica Mathewes-Green is a wide-ranging author who has published 10 books and 800 essays, in such diverse publications as the Washington Post, Christianity Today, Smithsonian, and the Wall Street Journal. She has been a regular commentator for NPR, a columnist for Christian news outlets, and a podcaster for Ancient Faith Radio. She has spoken at places like Yale, Harvard, and Princeton, and has been interviewed on venues from PrimeTime Live to the New York Times. She is married to the Rev. Gregory Mathewes-Green, and has three children and 14 grandchildren. 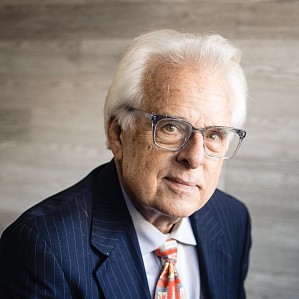 Wesley J. Smith is Chair and Senior Fellow at the Discovery Institute’s Center on Human Exceptionalism. Wesley is a contributor to National Review and is the author of 14 books, in recent years focusing on human dignity, liberty, and equality. Wesley has been recognized as one of America’s premier public intellectuals on bioethics by National Journal and has been honored by the Human Life Foundation as a “Great Defender of Life” for his work against suicide and euthanasia. Wesley’s most recent book is Culture of Death: The Age of “Do Harm” Medicine. 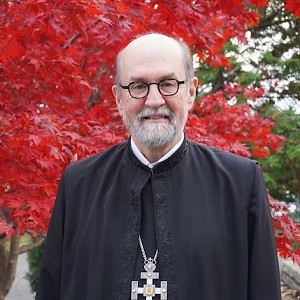 Father Chad was ordained to the diaconate and the priesthood by His Grace Bishop Basil of Wichita. Prior to coming to SVOTS, he served in the role of Dean at St. Herman Seminary in Alaska. Fr. Chad's experience in various pastoral, teaching and administrative roles, spread over some 41 years of ordained ministry, are now blended into his ministry of seminarian formation at SVOTS. His wife, Matushka Thekla, is an integral part of seminary life where she is the Coordinator for the St. Juliana Society. Fr. Chad and Mat. Thekla have two sons, Jason and Sean. 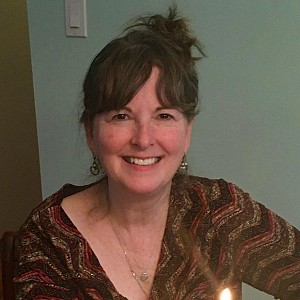 Virginia grew up in the Philippines with her missionary parents, and later graduated from Wheaton College in Illinois. Since 1981, she has worked in Christian media as an editor, writer, and podcaster. Twenty-six years ago she was chrismated into the Orthodox Christian faith, and has since served in various roles (as an editor, project manager, and advancement associate) for the Orthodox Church in America, St. Vlad's Seminary, the Antiochian Archdiocese, and Ancient Faith Ministries. Ginny and her husband Tim have six children and eight grandchildren. 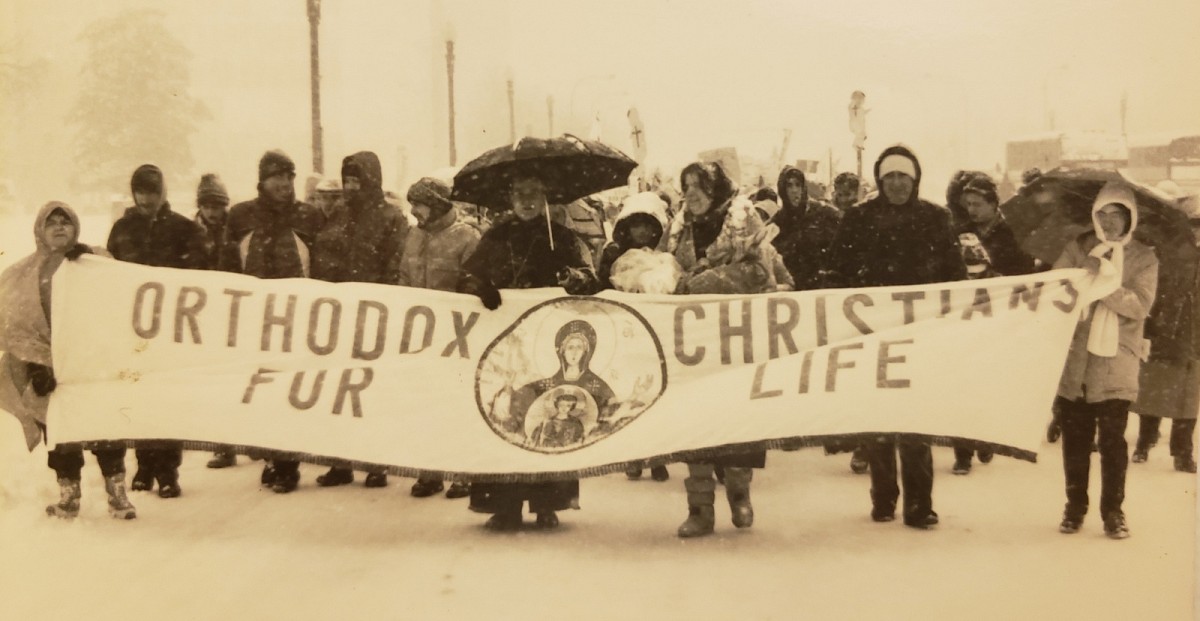 Orthodox Christians for Life ("OCLife") was originally founded in 1986 by the Rev. Father Edward Pehanich, the late Rev. Deacon John Protopapas, and his wife, Matushka Valerie Protopapas, a prolific writer on sanctity of life issues.

The Orthodox Church has never wavered in its teaching that human life is sacred from the moment of conception, being made in the Image and Likeness of God, and that abortion is a grave assault against both mother and child. However, the original founders of OCLife identified a significant lack in understanding and acceptance of the Church’s teaching within Orthodox communities in the United States. ​

OCLife was an active and successful grassroots effort for many years. Among other activities, OCLife produced various educational publications and newsletters; helped to establish regional chapters around the country; encouraged Orthodox participation in the March for Life in Washington, D.C.; and was instrumental in the coordination and creation of an Amicus Curiae Brief submitted to the United States Supreme Court in 1989 in the case of Planned Parenthood v. Webster, supporting the State of Missouri in an effort to overturn Roe v. Wade.

Unfortunately, over time, the founders were unable to continue their work, and the organization fell dormant by the early 2000's.

Recognizing the important work accomplished by the original founders and the need for its mission to continue, an effort has emerged to revive the organization, and we have ambitious plans for impacting the Orthodox community. ​

Orthodox Christians for Life will strive to engage hearts and minds at all levels of Christian life, from our Sunday school classrooms to our seminaries. We will cultivate an Orthodox Christian pro-life ethic that incorporates prayer, education, and service into the existing ministries of our church communities. In collaboration with clergy and lay leaders, OCLife will produce pastoral resources, create sanctity of life educational curriculum, establish parish-based pro-life ministries, develop an Orthodox post-abortion recovery program, and further offer opportunities to strengthen the Orthodox community’s commitment to the sanctity of life.

As we renew its mission, we pray that Orthodox Christians for Life will bear fruit to the glory of God.